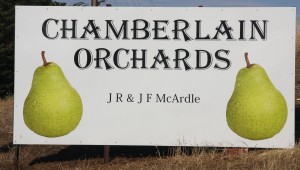 Paracombe Premium Perry was born in 2012 and is the initiative of Damian McArdle, a 4th generation pear grower and 1st generation Perry maker.

Damian has been making award winning ever since, sourcing the finest tree ripened pears from his family orchard, Chamberlain Orchards in Paracombe, South Australia.

Please fill in the contact form below or call and visit us here in our office.

Open by Appointment Only - please ring.

All made using no concentrates, just 100% fresh juice, love and passion. 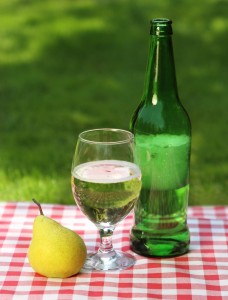 The Berg is a unique sweet South Australian Perry, made with tree ripened Lemon Bergamot pears.  Once one of the finest eating pears only grown in SA, they now face extinction so we have saved our plantation to produce a Perry like no other.  Not even the Vics can match this one!

Back in 1896, an Australian named Charles Henry Packham developed a cross between a ‘Bell Pear’ and a ‘Williams’, soon to be called ‘Packhams Triumph’.

For the last eight decades we have perfected growing the variety under the guidance of Erroll, Ron and John and now created a Perry which is a Triumph in itself!

The creation of every pear begins with a bud.  During the sunny spring days in Paracombe the bud blossoms into five perfect petals.  At this point Chamberlain Orchards becomes a beautiful sea of white, as it has since 1932.

This Perry is a reminder of the Perfect 5 – that things only get better!  Full flavoured, original style Perry.

Mystery is a wonderful thing and at Paracombe Premium Perry we are always pushing the boundaries with endless experiments to bring you the most creative, hand crafted perry known to man.  An ever-changing style awaits, what
will you be treated to today?

Pure SA apple juice is cool fermented and once the top pops off creates a free flowing appleanche, luckily limited by the size of our bottles!

All the hard work has been done, the apples grown, picked and crushed, now it’s the time to enjoy the fruits of our labour.

Our Awards and News

Damian has won multiple awards for his Perry and also his innovative ideas.

During his time as an amateur Perry maker, Damian won:

Over two years at the Gawler Show, South Australia’s largest country show. Backing up two years in a row with first places and positive feedback from a range of professionals inspired Damian to establish Paracombe Premium Perry.

2014 Australian Cider Awards
Paracombe Premium Perry has been awarded bronze medals for both 'The Triumph' and the 'Perfect 5'.  Now making three out of our four perry styles are current national award winners!  We couldn't be happier with the results.
http://www.cideraustralia.org.au/index.php/cider-awards/results-2014-cider-awards/

2014 Royal Melbourne Fine Food Awards
Paracombe Premium Perry is now a Silver Medalist with 'Appleanche' our Premium Cider.  Finishing at the top of our class with the strong competition of Dirty Granny, Napoleone Apple Cider, Pipsqueak Apple, Aussie Cider and Mercury to name a few.  Couldn't be a better way to start the year!   http://www.rasv.com.au/Events/RMFF_Home/RMFF_Results

Paracombe Premium Perry is now a Bronze Medalist with 'The Berg'!  In our class we mixed with the big boys of Perry, coming equal bronze with: Bullmers Pear Cider, James Squire Perry, Magners Pear Irish Cider, Strongbow Pear Cider and best of all we are South Australian and damn proud of it!  http://www.cideroz.com/2013/10/18/it-finally-happens/

To view articles on Damian's success, click on the links to view different articles: 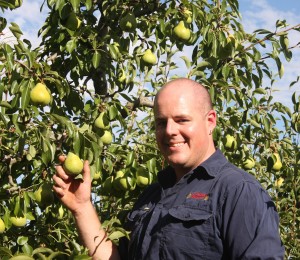 In 1932 my Great Grandfather, Errol Chamberlain left his everyday job after being told his health was inadequate to continue. Errol’s life then went pear shaped as he started planting a pear orchard soon to be trading as ‘Chamberlain Orchards’ on a block of land in Paracombe, South Australia shortly after. Till this day, Chamberlain Orchards is still trading and those first pear trees that Errol planted in Paracombe are still producing fruit for the fresh fruit market.

Ron Chamberlain, Errol’s son grew up on the family orchard. Ron was the second generation pear grower and was an industry leader in his time. Ron won many awards at the Royal Adelaide Show for our pears and generated processes that we still use to this day to prolong the life and quality of the fruit we produce.

In 1985 John McArdle started working at Chamberlain Orchards after earlier days as a share farmer. John married Ron’s daughter Julie and together brought up their three kids on the 50 acre Paracombe pear property. John spent a lot of time modernising the pear orchard and planting new plantations to help take our pear production to an average of 375,000kg per year. I once asked dad if he enjoyed the orchard life, his reply was ‘I’m not sure. I have been wondering if I enjoy it for the past 25 years.’ It can’t be too bad dad!

In 2010 Damian returned home to Paracombe to manage the family pear orchard full time after completing his trade as a diesel mechanic. Damian and his wife Amelia have spent countless hours looking to diversify the family’s pear business and cement the years to come for many more generations. Damian established Paracombe Premium Perry in 2012, on the 80th anniversary of their families business ‘Chamberlain Orchards’.