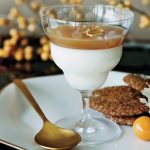 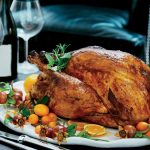 Note:   To roast garlic, place 20 unpeeled cloves in a small baking dish and drizzle with 2 tablespoons of canola oil.  Cover and roast at 375° for 40 minutes, until tender and caramelized.  Let cool, then squeeze the garlic from the skins

Refreshing and festive, this is truly the perfect Christmas cocktail. 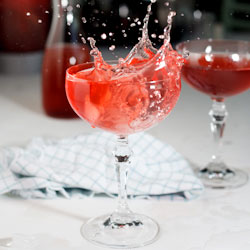 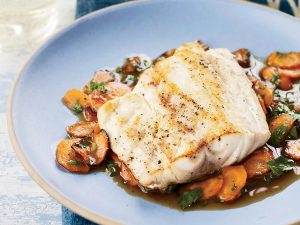 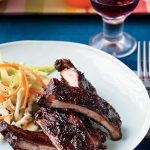 Pork Tenderloin with Pears and Perry